Early Strawberry is believed to have originated in New York around 1838. It is very similar in appearance to another early apple, Early Red Margaret, with the two often being mistaken. Fruit is medium sized and often has unequal sides. The smooth, thick skin is light greenish-yellow with fine stripes and splashes of bright red. The tender, crisp, juicy flesh is white and often stained with red when eating. Ripens in June-July, depending on location. 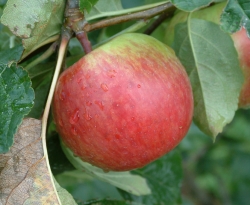 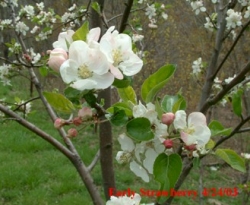