“Burn down your cities and leave our farms, and your cities will spring up again as if by magic; but destroy our farms and the grass will grow in the streets of every city in the country.” 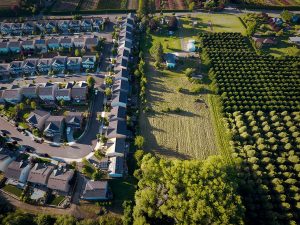 My grandfather had reached the end of the long row and, leaning on his tobacco transplanter, waited patiently for me to catch-up. It was the early summer of 1962 in eastern North Carolina and I was helping my grandfather set out tobacco transplants. I was eight years-old, the sky was blue and I was thoroughly enjoying my first real experience in real farm work. I, with my mother and two younger brothers, was spending the summer with my grandparents, dirt-poor tenant farmers eking out a living raising cotton and tobacco in the flatlands of the North Carolina Piedmont. My father, a career serviceman with the US Air Force, had been stationed overseas on TDY (temporary duty) and would be away for a couple of months. We always arranged to stay with my grandparents during my father’s frequent TDY assignments. This always gave me a great deal of pleasure as I was close to both my grandparents and enjoyed these extended visits where I could run and play in the expansive rural environment.

As grandad moved down the field with his hand-setter, skillfully placing each small tobacco plantlet in neat, orderly rows, my job was to follow behind and, using my feet, pull up soil around each deposited plant to ensure it was firmly seated in the freshly-plowed earth. I remember very well the feel of the warm, sandy soil on my bare feet as I methodically moved from plant to plant, scraping the soft loam with my toes to cover the roots, then firmly tamping down the soil with heel of my foot. I recall the feeling of satisfaction I experienced each time I completed a long row, turning to look back down the line of young plants standing tall and proud like miniature green soldiers in parade formation. Though I certainly did not realize it at the time, my affinity for farming, my identification with agriculture took root deep within me as I worked with my grandfather on that warm afternoon in 1962.

There were numerous subsequent summers spent on my grandparent’s farm helping them “put up” tobacco, weed the vegetable garden, “slop” the hogs and collect eggs from the hen house. I learned how to hitch-up the mule to the tobacco slide truck and haul the harvested leaves from the field to the barn to be looped and hung for drying. I chopped cotton and helped butcher hogs. Years later, after my father retired from the military and settled the family in eastern North Carolina near his family home, I spent my summers of youth earning back-to-school clothes money by working on the farms of my uncles. I came to understand the language of farmers and learned to appreciate the values and rewards of hard work. My parents were both raised on farms, so the heritage of farming is deep within my family’s history.

While I indeed take some sense of pride in my own work and the work of all farmers in general, I do not wish to romanticize this occupation. The work is hard and often dangerous. Success is never, ever guaranteed. As a working farmer and orchardist here in Ashe County I understand there are unique social and market challenges aligned against the small farmer. With increasing frequency farmers are facing assault from multiple sides. Rising competition from foreign markets, a crumbling infrastructure influencing the effective transport of goods, a non-supportive governmental system, a reduced labor pool – these are but a few of the crucial issues which threaten the well-being of American agriculture. Without doubt, however, the single most critical factor jeopardizing our farming economy and the future of American agriculture is the dramatically rising loss of productive American farmland.

In 2007 I wrote an essay detailing the alarming rate of farmland lost to urban sprawl and rampant development. At that time I wrote, “Whether by intentional design or by broader uncontrollable economic forces, American farmland is disappearing at a staggering rate.” I shared a quote which described the seriousness of this phenomenon. “Economic, cultural, demographic and political forces between 1982 and 1997 converted approximately 39,000 square miles (or 25 million acres) of rural land into subdivisions, malls, workplaces, roads, parking lots, resorts, and the like.” The amount of arable farmland lost in this time period was equivalent to the entire land mass of Maine and New Hampshire combined. It is predicted that by 2050 we will lose an additional 110 million acres, an amount of land area equal to the combined states of Connecticut, Massachusetts, Rhode Island, Vermont, Delaware, Pennsylvania, New York, New Jersey, and Virginia. A disturbing fact: North Carolina has long been a national leader in farm acreage lost annually!

In the 11 years since I wrote this, the loss of land has continued unabated. The American Farmland Trust, an advocacy group for American farmers has collected some very sobering statistics that should frighten us all. Every hour 175 acres of farm and ranch land is lost to development. This means our country is losing almost three acres of valuable farmland every minute! Every year 1.7 billion tons of rich topsoil is lost forever through uncontrolled erosion. This is enough soil to fill 1,200 Empire State buildings! We are losing our land, our heritage at an unsustainable rate. We are witnessing the disappearance of the great American landscape.

What are the real consequences of this disturbing phenomenon? What will be the long-term effects if we continue to lose our precious farmland at this rate? As we increasingly lose more of our capacity to provide for our most basic needs, we will be forced to raise the level of imports of essential foods from foreign sources. Consider the social and political ramifications should we ever reach the point where most of the food we place on our tables is produced outside our borders.

Agricultural was once the strong steely backbone of the US economy. The American breadbasket, that vast expanse of fertile land stretching from the verdant California valleys, through the Midwest plains to the furrowed fields along the Eastern seaboard, once fed not only our own citizens but much of the world’s population, as well. We can no longer say this. Where small, productive family farms once stood, we now see strip malls, condominiums and gated communities. We are standing mute and blind as cookie-cutter housing developments slowly swallow up these precious resources, leaving us ever more vulnerable to the dictates of foreign entities who may not necessarily have the best interests of the American people in mind.

The next time you’re wandering the aisles of your local supermarket take a second to pause, look around and consider how fortunate we are to have access to such an overflowing abundance of food. Then, ponder for a moment what these shelves would look like when our American farms are no more. Definitely “food for thought”!