A very old apple of European origin believed to have originated in the 1600’s with Duke Augustenberg of Castle Graefenstein ( Gravenstein) in Germany. It was introduced into the United States in the 1820’s by Russian settlers moving into California. An oblong or lopsided fruit having bright yellow skin with a pinkish-orange flush and light red striping. The creamy yellow flesh is tender, crisp, juicy, and aromatic. Ripens July to August in most areas and is not a good keeper. 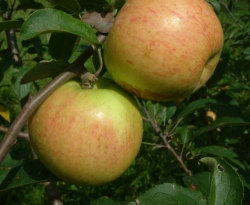 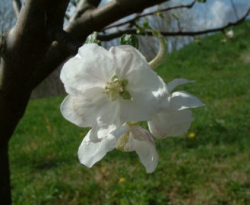