Considered one of the finest American apples ever, Grimes Golden originated in 1790 near the town of Wellsburg in Brooke Co., West Virginia, where today a granite monument still stands in recognition of this outstanding apple. Grimes Golden is one of the parents of the widely popular Golden Delicious. Fruit is medium to large, roundish to slightly oblong with tough yellow skin with occasional patches of russet. This aromatic apple is highly flavored with tender, crisp, juicy yellowish-orange flesh. Ripens September to October and is a good keeper. 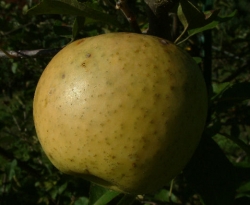 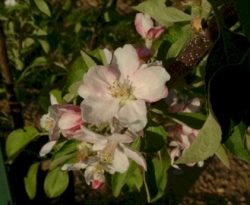