Also known as: All Summer, Frederick(?)

A long-time popular variety that most likely originated with Dr. Nichodemus Hackworth (1816-1893) of Morgan County, Alabama. A letter sent to the USDA by T.W. Dermington of Lavonia, Georgia, in 1907 stated that the apple arose as a chance seedling on a creek bank from seeds washed down from an old orchard upstream. It is believed that Dr. Nichodemus obtained starts from this original tree. As described in an old nursery catalog, it was a great summer apple which “bears fruit every day in August.” Fruit medium with yellow skin overlaid with a few red stripes and splashes. Flesh is yellow, granular, and aromatic. Ripens July to August. 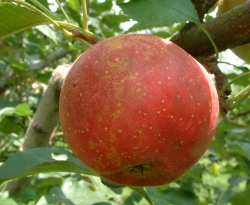 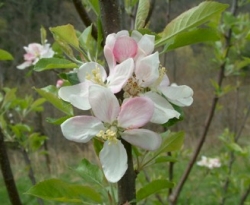