Second only to Winesap as the most widely sold Southern apple and at one time was one of the most widely distributed throughout the world. A very popular American apple originating in Russia and brought to this country in 1870. Fruit medium sized and distinctly lobed in appearance. The thin, pale yellow skin in nearly covered with bright red and crimson splashes and stripes. White flesh is often tinged with red streaks and is coarse, crisp, moderately juicy and briskly subacid in flavor. Ripens late June to early July, depending on location. 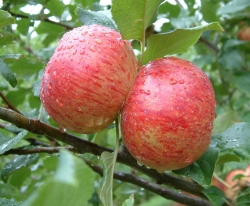 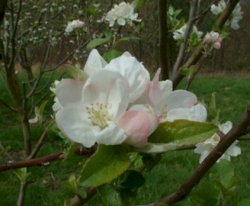